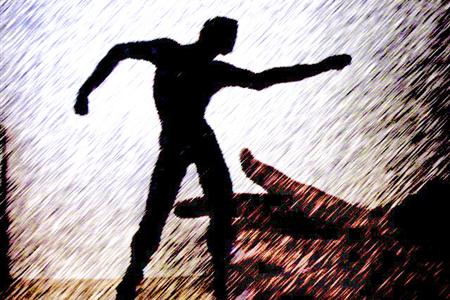 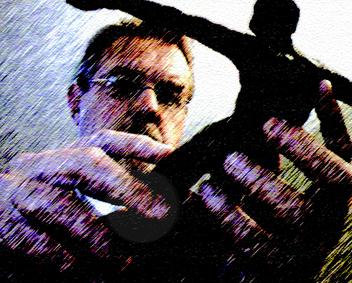 I studied art and architecture at the University of Notre Dame and Washington University in St. Louis, and received my Master of Architecture degree from the University of Minnesota. Through my work as the Project Manager for the Save Outdoor Sculpture! Program for Minnesota, (1992-96), I developed an initial appreciation of the American figurative tradition. With this newfound interest, through time I assembled a significant late-19th to early-20th century French, German and American bronze collection. Realizing that I would soon go broke if I didn’t find another outlet for my passion, I decided to begin hands-on training in bronze casting.

Previously, I had demonstrated a proficiency in the two-dimensional fine arts of photography, drawing and painting, had extensive architectural training, and felt that I would enjoy working in the three-dimensional discipline. In the spring of 2000 I began taking sculpture studio at the Minnetonka Center for the Arts. My first major bronze, The Gymnast, completed in 2001 was featured on the invitation to the 2002 Minnesota Sculptors show in Minneapolis’ Premier Gallery and the male figure also received the shows highest honor. Casting of The Gymnast are in a private collection in Chicago, Phoenix, Fort Lauderdale, and Thailand.

Also in 2002, a jury from the New York based National Sculpture Society selected my second bronze of a diver, titled Free Fall, to appear in their Sports Sculpture show in Manhattan. I was one of 41 contemporary American sculptors to be represented in the national exhibition. In the spring of 2003, Free Fall was featured on the invitation to the Highlights & Shadows sculpture show at the Art Resources Gallery in International Market Square. Through that show, the male figure sculpture received the ASID (American Society of Interior Designers) Choice Award. My third work titled Seeking Center is a half-life sized male figure seeking balance on a ball. It is being cast in an edition of 5. Casting is part of a private collections in Minneapolis and Phoenix.

In 2012, Free Fallreceived the Best of Show award at the Society of Minnesota Sculptor's Annual Exhibition that was held at the Phipps Center for the Arts in Hudson Wisconsin.

In 2014 I was one of 48 sculptors selected to exhibit at the National Sculpture Society's 81st Annual Awards Exhibition at Brookgreen Gardens, Pawneys Island, South Carolina. The Annual Exhibition is the NSS's most popular show offering multiple cash awards. My small, yet powerful piece Solo Dancewas juried into the exhibition for display at the country's largest figurative sculpture park.

Balance, a tall classical figure balancing on a polished bronze ball, won Best in Show at the 2015 Society of Minnesota Sculptors Exhibition in the Great Hall of the Minnesota Landscape Arboretum. The following year I was sponsored as a "Spotlight Artist" by the Saint Paul Saints baseball team, and Archer with Long Bow was selected to appear in a special exhibitiion at the Schmidt Brewery Landmark Gallery during the 2016 Saint Paul Art Crawl.

Most recently, the figure Morning received 2nd Place at the 2018 Annual Society of Minnesota Sculptors Awards Exhibtion which was held at the Phipps Center for the Arts in Hudson Wisconsin.

Since the casting of my first bronze sculpture I have rapidly achieved professional and public recognition for the powerful design sense of my figurative bronzes. I am a member of the National Sculpture Society and presently serve as the President of the Society of Minnesota Sculptors.